BiDi (Bidirectional) transceiver plays an important role in increasing optical fiber cable utilization based on the characteristics of transmitting and receiving signals over a single strand of fiber. This post will introduce the working principle of  BiDi transceivers, their attention when you use them, and their benefits.

What is Bidirectional (BiDi) Transceiver Technology? 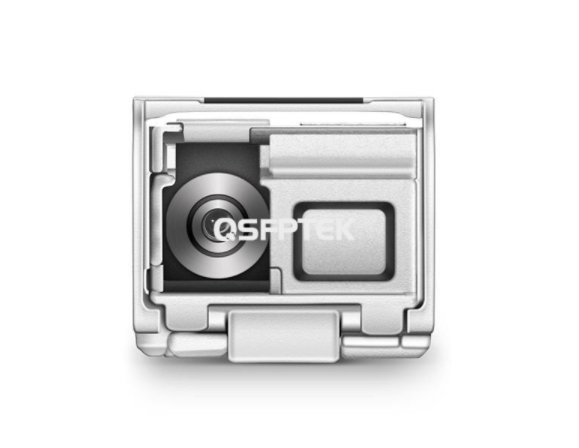 The core component of the BiDi transceiver is BOSA ( Bi-Directional Optical Subassembly). BOSA integrates the laser, detector, and WDM filter together, as shown in figure 2. BiDi transceiver consists of BOSA, laser driver, and amplifier. 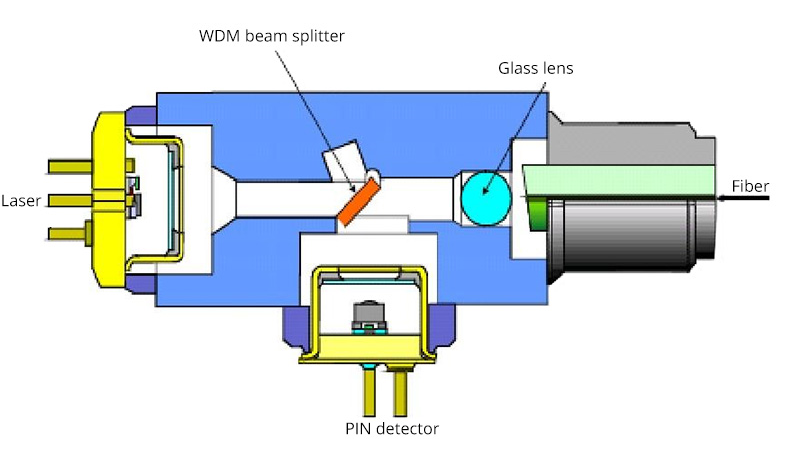 Application and Benefits of BiDi Transceiver

Take a 4G station construction of a certain area for example. The area has 32 3G stations and is without extra fiber resources. In most cases, 4G stations construction is based on previous 3G stations, the advantages of using BiDi transceiver technology is as follows.

BiDi Transceiver is Cost-saving Without Additional Fiber Cables are Required

As the area has no extra optical fiber resources, it will take a long time and difficult to reconstruct fiber. Instead, BiDi transceivers fulfill signals transmission and receiving through a single strand of fiber, so no need for new fiber deployment.

4G station construction is similar to 3G, so the 4G RRU construction is generally based on the current 3G RRU, as shown in figure 3. As the 3G station uses 2-fiber optical fiber between 3G RRU and 3G BBU, when using BiDi technology, the 2-fiber optical fiber resources are entirely utilized, the one fiber carries the previous 3G link, the other fiber carries the new 4G link. The whole operational process is very easy and convenient. BiDi Transceiver is Time-saving When Constructing

As no new optical cable is required, based on the previous fiber link, it only takes about half a month to finish the 32 station construction, which is much shorter than traditional optical transceivers and 2-fiber optical fiber cables construction.

Bidirectional (BiDi) technology is able to improve the utilization of fiber recourse based on current fiber resources, which is considered as the easiest and cost-saving solution to increase network capacity. QSFPTEK offers a large number of 1G BiDi SFP transceivers and 10G BiDi SFP+ transceivers at the best price. Welcome to visit qsfptek.com.